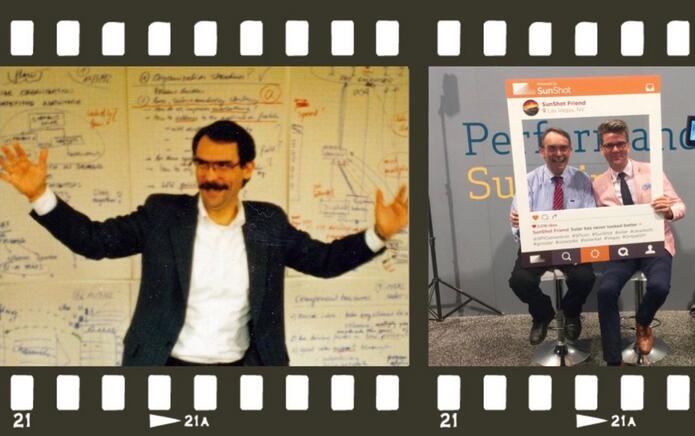 Charlie, who was a part of the actual solar industry history in the United States but also on a global level, is now shaping the solar future at his new role at the U.S. Department of Energy.

He is the Solar Energy Technologies Office Director for the Office of Energy Efficiency and Renewable Energy (EERE) of the U.S. Department of Energy (DOE). In this position Charlie is leading the SunShot Initiative, a team that is dedicated to research, manufacturing and market solutions to make solar energy cost competitive with other forms of energy by the end of the decade.

He is an internationally recognized pioneer in photovoltaics. After starting his career in 1975 designing solar power system components for communications satellites at Spectrolab, Inc, he later joined ARCO Solar, where he established the research and development program and led the commercialization of crystalline silicon and thin film technologies.

In 1990, he became president and chief operating officer of Siemens Solar Industries, and from 1994 to 1997, he served as director of DOE’s National Renewable Energy Laboratory. In 1997, he was named president and chief executive officer of ASE Americas, Inc., and from 2001 to 2005 served as founding chairman of the technical advisory board at SunPower Corporation. He joined Applied Materials in 2006 as corporate vice president and general manager of the Solar Business Group. He served as president of Applied Solar and chairman of the Applied Solar Council from 2009-2013. As president, Charlie was responsible for positioning applied materials and its solar efforts with important stakeholders in the energy industry, technical community and governments around the world.

He earned a Ph.D. from the University of California, Riverside and was elected a member of the U.S. National Academy of Engineering in 2013. He established the Greenstar Foundation in 1997 to demonstrate an economically sustainable model that delivers solar power and internet access for health, education and microenterprise projects to developing world villages.