The prerequisite of the best solar light with LED luminious is considering the LED distribution types and pattern imposed by the Illuminating Engineering Society of North America (IESNA).

The patterns define how light is dispersed from a fixture and is defined by the point at which 50% of the fixture’s luminous intensity is met. You will see these distributions used regularly in area lighting, floodlighting & roadway lighting, parking lot lighting, etc. The industry has identified 5 main types of light distribution patterns: Type I, Type II, Type III, Type IV or Type V light distribution.

Want to know how to choose suitable and correct distribution patterns Type I, Type II, Type III, Type IV or Type V? We would show and describe each type and how it could apply to outdoor Area & Site Lighting.

Type I distribution is great for lighting walkways, paths, and sidewalks. This type of lighting is meant to be placed near the center of the pathway. This provides adequate lighting for smaller pathways.

Pattern Type I is a two-way lateral distribution having a preferred lateral width of 15 degrees in the cone of maximum candlepower. The two principal light concentrations are in opposite directions along a roadway. This type is generally applicable to a luminaire location near the center of a roadway where the mounting height is approximately equal to the roadway width.

The Type I pattern offers an oval, narrow shape of LED distribution for outdoor sidewalks or walkways. The light source is at the center of illumination. You can observe the longitudinal and symmetrical lighting for the streets. The bi-directional illuminance is uniformity distributed across the two sides of the light pole. We may need relatively lower power, ranging from 30W, 40W, 50W or 60W LED lights to light up this area.

The type II distribution is used for wide walkways, on ramps and entrance roadways, as well as other long, narrow lighting. This type is meant for lighting larger areas and usually is located near the roadside. You’ll find this type of lighting mostly on smaller side streets or jogging paths.

Type II light distributions have a preferred lateral width of 25 degrees. They are generally applicable to luminaires located at or near the side of relatively narrow roadways, where the width of the roadway does not exceed 1.75 times the designed mounting height.

The type III distribution is meant for general roadway lighting, parking areas and other areas where a larger area of lighting is required. Type III lighting needs to be placed to the side of the area, allowing the light to project outward and fill the area. Its throw is taller than Type II but its side to side throw is shorter.

Type III has a preferred lateral width of 40 degrees. This type has a wider illumination area if you make a direct comparison to type II LED distribution. It is adapted to light up the highways, parking lot, garage, driveway, as well as sports fields – football pitch, tennis, basketball, volleyball and more. It has an asymmetric arrangement as well. The ratio between the width of the illumination area and height of the pole should be less than 2.75. Since we need to light a large outdoor area, we need to install higher power LED lights for area & site lighting.

The type IV distribution produces a semicircular light meant for mounting on the sides of buildings and walls. It’s best for illuminating the perimeter of parking areas and businesses. The intensity of the Type IV lighting has the same intensity at angles from 90 degrees to 270 degrees.

Type IV light distributions have a preferred lateral width of 60 degrees. This distribution is intended for side-of-road mounting and is generally used on wide roadways where the roadway width does not exceed 3.7 times the mounting height.

The power requirement for type IV LED pattern is more demanding, we will need up to 100 watts, 200 watts, 300 watts, or up to 400 watts LED lights to light up the bridge and façade.

Type V produces a circular 360°distribution that has equal light distribution at all positions. This distribution has a circular symmetry of foot candles that is essentially the same at all viewing angles. Type V distributions provide the largest, most even pattern of light. It is intended for luminaire mounting at or near the center of roadways, center islands of the parkway, and intersections.

Type VS produces a square 360° distribution that has the same intensity at all angles. This distribution has a square symmetry of candlepower that is essentially the same at all lateral angles. It is intended for luminaire mounting at or near the center of roadways, center islands of the parkway, and intersections. It is also meant for large, commercial parking lot lighting as well as areas where sufficient, evenly distributed light is necessary. Type VS is used where the light pattern needs a more defined edge.

Type VS light fixtures do best on:

What is the difference between area lights distribution patterns?

A second light distribution classification system is developed by the National Electrical Manufacturers Association (NEMA). This system is used primarily for flood lighting and sports lighting fixtures. It describes the distribution of light within the beam produced by the fixture.

The “NEMA beam spread” of light refers to the two edges where light intensity spreads horizontal and vertical to 10% of the maximum beam intensity and correlates to whether the light output is very narrow, very wide, or somewhere in between.

Following classifications will help you calculate the horizontal and vertical NEMA rating for your luminary’s particular beam spread, which is also an important aspect in lighting design.

There you have it. When you decide what are you need lit, make sure you are asking for the correct distribution pattern for your application.

Prev: Starting in 2020, all new homes in California must come with solar panels. Builders are getting ready 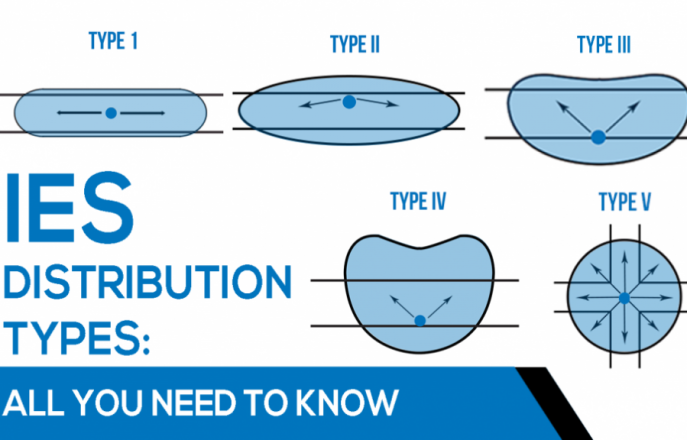 Starting in 2020, all new homes in California must come with solar panels. Builders are getting ready 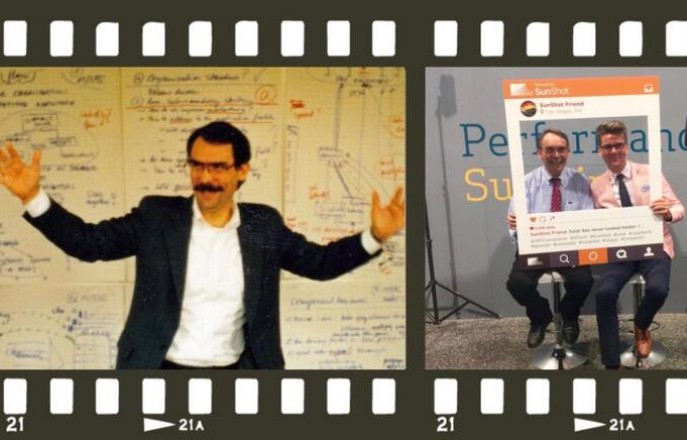